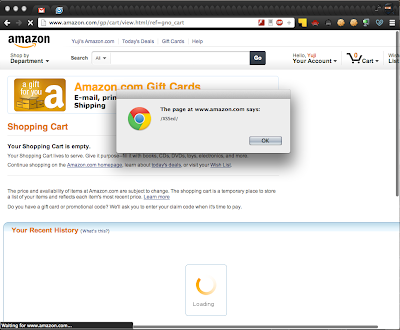 The Amazon Wishlist was vulnerable to both CSRF and stored XSS. I discovered these vulnerabilities separately, but I'd like to describe both of them in one blog post here. Even though neither of these vulnerabilities would have had a big impact by themselves, if combined, they could have become a serious problem.

The stored XSS was in the wishlist name displayed on the Shopping Cart page. This vulnerability could only have been dangerous if an attacker could have tricked a victim user into changing his wishlist name. The following steps were taken to produce the XSS: